What’s In A Name is a fictional tale about a woman who was renamed by her dying mother at twelve years old. She accepted that name, but then she goes silent thereafter about the significance of her new name. Now an adult, a married woman, she finds herself in a battle to unsilence herself.

What’s In A Name begins with a silence and gradually unsilence each of the women throughout its pages. As everyone has something that he or she carries with himself or herself, the theme of “every woman knows her own sorrows” is threaded throughout this narrative. From Toronto 1802, when pots and kettles hanging from pegs array the fireplace, to tree-lined avenues in present-day downtown Toronto, to the blue water, the brilliant sky, and the green mountains in Jamaica, these milieus provide the innocuous backdrop for the novel’s compelling subject matter.

In Toronto, Canada, we meet twelve-year-old Christine. She is feeling guilty and punished, even violated. She is in a hospital room alone with her dying mother, from whom Christine is keen to keep a secret. When her mother senses something about her, her dying wish is to rename Christine. Christine accepts her new name and goes by it, but that acceptance comes with the burden of guilt and shame. So Christine remains silent. Now thirty-four years old, she is compelled to confront her past because her marriage of eight years is threatened by her and her husband’s mutual silence.

Christine travels to Jamaica to address the cause of her silence. Encapsulated within the euphoric atmosphere of the island, she meets a woman who calls herself Dell-Dell. The two women have shared a common silence, but the connection between them is even deeper than the silence. The shocking truth of Dell-Dell’s past holds up Christine’s own shocking past to Christine’s future. By the end of her journey to Jamaica, Christine embodies the question that the narrative contemplates in the end: what might a woman’s compromise be if she should face the perpetrator of the crimes against her that Christine herself experienced? 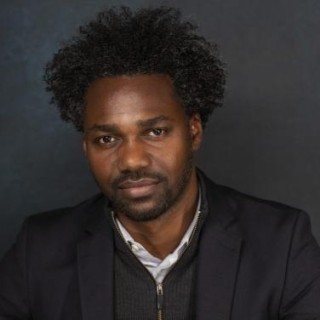 Garie McIntosh considers himself a storytelling-communicator and a grammar enthusiast. He takes an academic approach to English to gain the technical know-how to develop and write literary fiction and perform different types of editing. This approach involves specializing in linguistic studies and narratology. Garie started out in administration in the fields of healthcare, project management, and database development. Fictional narrative has now been his passion for almost four years. How he likes to put it is that in his world storytelling is analogous to communication. His goal and purpose are to write fictional narrative with strong, authentic characters that are defined by strong writing and themes and to reinforce the power of communication through writing and the academic study of English.